Powdery mildew (PM) is caused by the fungus Erysiphe graminis. It usually occurs in spring and autumn and is only a problem under heavy infection. 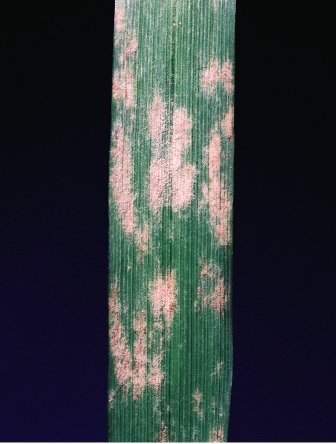 Powdery mildew on a ryegrass leaf.