Feed planning for 2020 – will your farm grow enough grass?

Spring-sown crops will be vital this season to help keep animals well fed on farms throughout the upper North Island.

Pastures affected by dry conditions last season are likely to grow hundreds of tonnes less grass than normal in the next 12 months, and bought-in supplements are both scarce and expensive.

Looking towards spring, home-grown forage like chicory, brassicas, maize and fodder beet could be the best way to fill this pending deficit, says a Waikato agronomist.

Jen Corkran, who works in the pasture systems team at Barenbrug, says many farms have started winter with lower than average pasture covers, and this could continue.

Pastures that normally grow 15 tonnes of dry matter (DM)/year, for example, might only grow 9-10 t DM/ha in the year ahead.

“Then we face a really important question – what can we use to make up the difference?”

The true extent of pasture damage caused the dry may not become clear until soils start to warm up, and spring grass in some paddocks simply doesn’t come away as expected, Jen says.

She’s urging farmers to start thinking about this sooner rather than later. The most effective response in many situations will be sowing larger areas of summer crop than usual, on top of cropping paddocks damaged beyond repair by the tough season just finished.

Even though some areas have had rain, this won’t be a ‘normal’ spring for many farmers, because conditions were so abnormal earlier in the year and many new pastures were less dense than usual heading into winter.

The key is to look at feed requirements for the coming season at the budgeted level of production, and stock condition, then subtract the likely effect of the drought on grass growth.

Home-grown feed is always a more cost-effective way to fill such deficits than anything that arrives in a truck, Jen says.

So the upshot of this review will mean many farmers need to look at greater areas of crop than in previous springs.

Annual-type chicory like 501 Chicory is one of the easiest summer feeds to fit into many systems, because it’s a multi-graze crop that will provide high quality feed from December through to March, and potentially April.

As well as growing valuable extra DM/ha, it has high ME and protein to keep cows milking or lambs growing well in summer, and provides ideal preparation for new grass and clover in autumn.

Interval rape and Dynamo turnips also have a good fit for increasing farm DM growth, as do mixes of cultivars, such as chicory and red clover, which provide different fodder flows.

“Fodder beet is a potential option for autumn feed, and of course maize is a high yielding crop for silage production, which is very important given the effect of the drought on farmers’ own supplement reserves.”

There’s no one size fits all solution – the answer is more likely to be a mix of different options depending on farmers’ individual situations, Jen says. In all cases, however, advance planning will help ensure the best possible result. 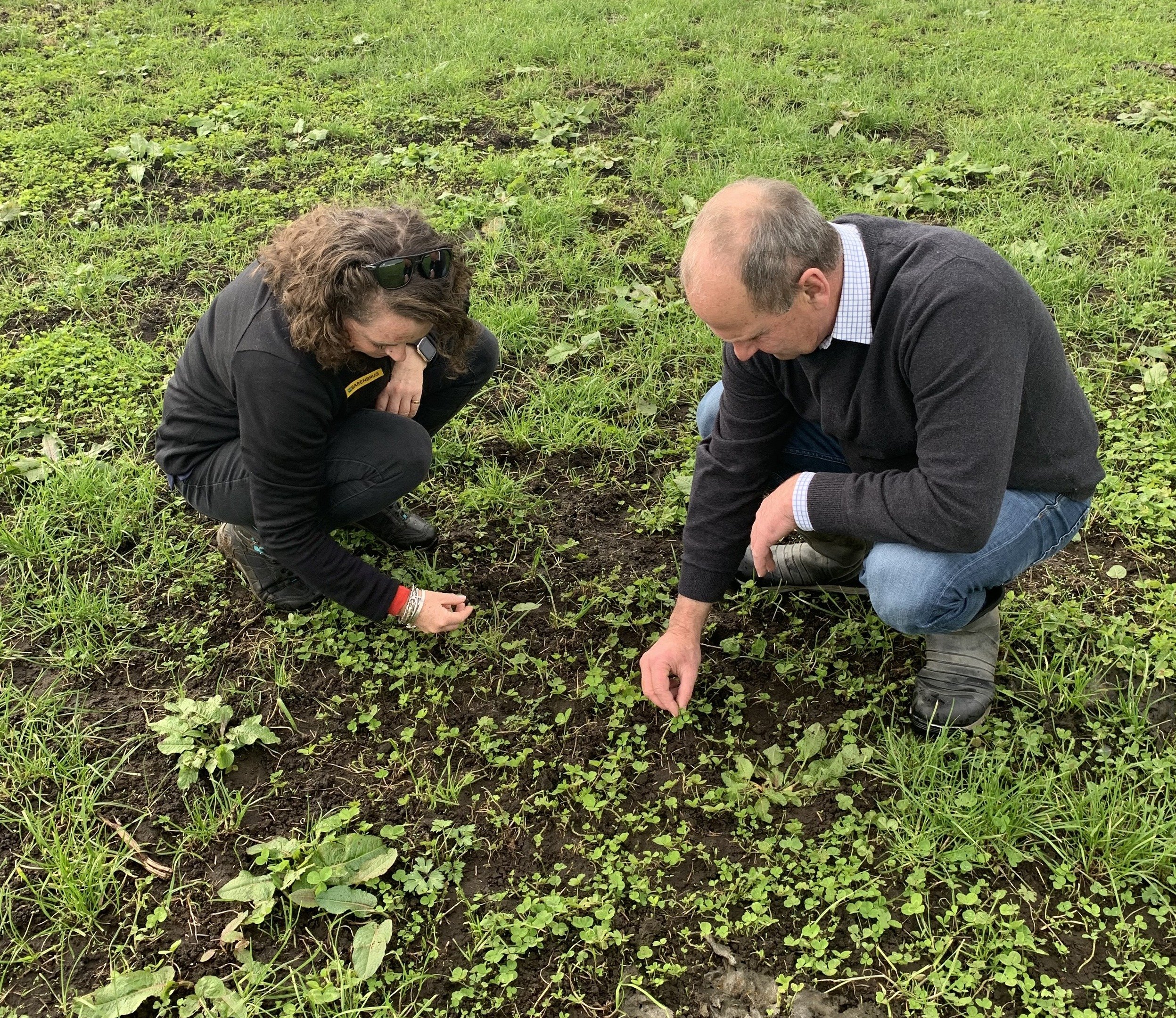