Feed your animals, not hungry pests

Now farmers about to drill new pasture seed are urged to plan for similar challenges or risk losing valuable feed.

Between them, Argentine stem weevil, black beetle, black field crickets, porina, grass grub and springtails can make a meal of new grass and clover before you realise there’s a problem.

Sowing perennial ryegrass seed with novel endophyte doesn’t give strong protection of the plant from insects until later in life, so even these cultivars can be heavily predated as seedlings.

“That’s why it’s so important to scout your new grass paddocks before sowing, and see what insects are present, in what numbers,” says agronomist Blair Cotching.

“Otherwise by the time the damage is done, it’s often too late to do much about it. Then you’re left with two outcomes – first, the difficult decision of whether to re-sow, which is costly in its own right; and second, the serious implications of not having feed available later in the season when you budgeted for it, because the insects got to it first.”

Scouting pests early is especially important for farmers in areas which may once have been considered safe from certain insects such as black beetle.

“We used to think black beetle was restricted to Tokoroa north, for example, but now we’re starting to see it reaching some concerning levels of abundance in places like Foxton,” says Blair, pasture systems manager for Barenbrug.

Seed treatment is a must where the most damaging insect pests are expected to be present, he says, and is a key part of a tiered approach to control, with other elements including insecticide applications and/or bait as required.

“Seed treatment like AGRICOTE Grass and AGRICOTE Clover will help protect seedlings at their most vulnerable stage from being eaten by ASW, black beetle and grass grub,” Blair says.

Adult black beetle can also destroy newly sown autumn pasture, chewing through the base of emerging ryegrass plants and killing them.

Spray-drilled and undersown pasture is particularly vulnerable as the insect population is not controlled by cultivation.

Treated seed will discourage grass grub larvae from feeding on seedling roots. But the treatment does not kill them outright, so if numbers are high and pastures have been undersown for example at lower rates of seed per ha compared with normal sowing (i.e. 10-15 kg seed/ha) it’s best to plan for additional grass grub control at sowing.

Black field crickets can be very prevalent in areas where heavy clay soils have dried out with deep cracks. Populations of more than 10/sq metre are economically damaging; baits offer effective control.

Springtails can damage newly sown clover and plantain in particular out of all proportion with their size, and if this is seen as a risk, it’s best to include an appropriate insecticide with the last herbicide spray out before sowing.

“Pasture production losses from springtail infestation of up to 20% frequently occur and reductions in clover yield of up to 50% have been recorded,” Blair says. 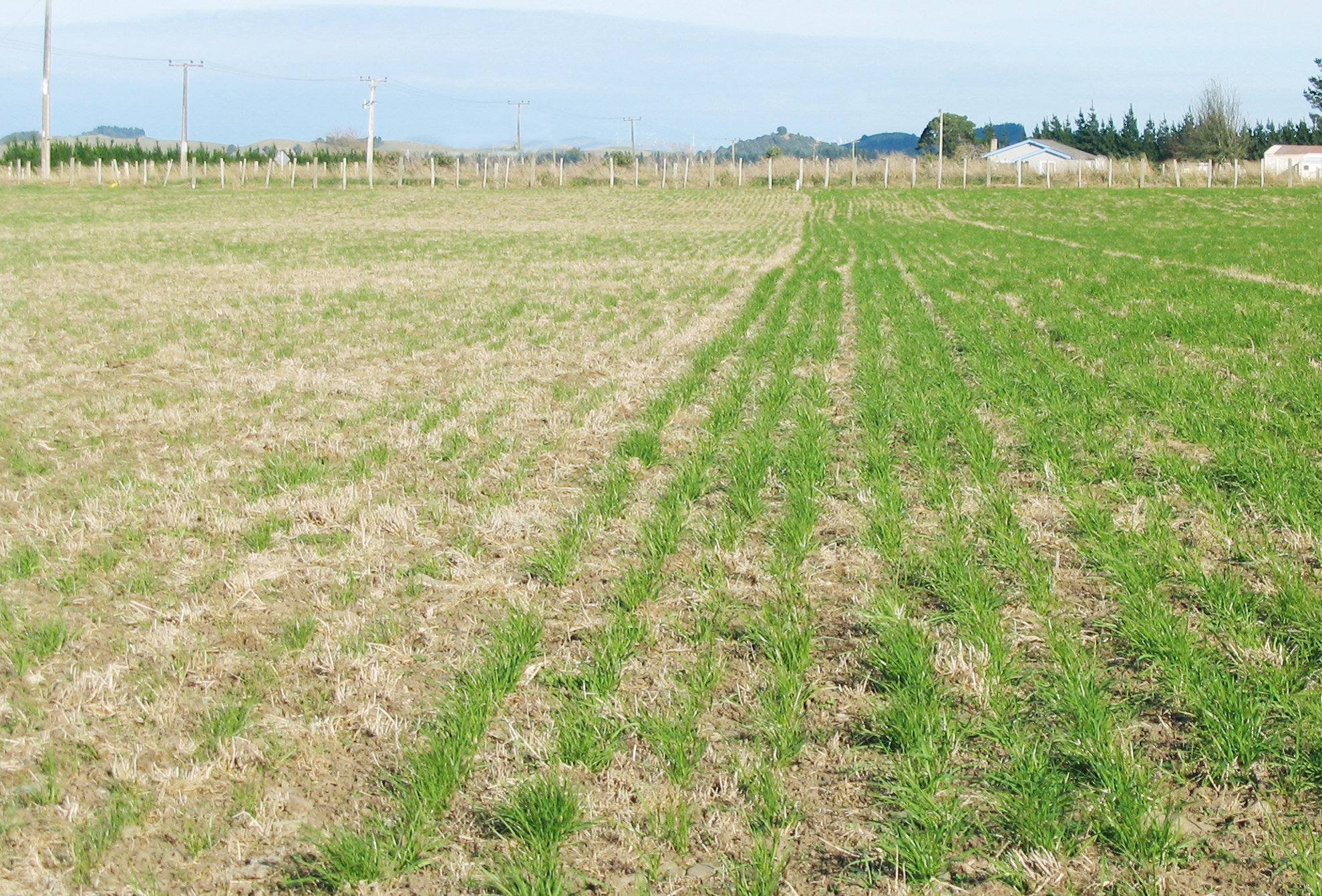