Lead from the front with new tetraploid

It also has more tillers than earlier tetraploids, for high yield and improved persistence.

“Tetraploids are fantastic nutrition for grazing animals, because they are so palatable and easy to eat, with more ME per mouthful than diploid ryegrass.

“Increasingly, however, they’re also proving to be very valuable for producing more milk and meat from fewer stock. This is the way of the future for New Zealand farming.”

“Another key priority for our plant breeders in developing 4front was persistence, because this is one area where tetraploids have traditionally been seen as lacking, especially compared to diploid ryegrasses.

“We believe 4front raises the bar for tetraploid perennials in combining what farmers have been asking for - palatability, ease of management, yield and robustness. It’s a big step forward.”

After more than 15 years of R&D and farm trials, 4front is being released to the NZ market this spring.

As with all tetraploids, palatability remains a key selling point for farmers who want to do the best by their animals, and with good reason.

“Grazing is hard work! The average dairy cow takes about 25,000 bites of pasture each day, while a ewe might take 35,000 bites. That’s a lot of effort,” Graham points out.

“4front makes it easier for animals to take all those bites, and to consume the sheer volume of pasture they need to produce to their potential.”

Experience has shown the benefits of easy eating don’t stop with higher per head production.

Following the Climate Change Commission’s recent recommendations for reducing GHG emissions in NZ, tetraploids like 4front have much to offer farmers as they adapt their systems for the future.

“It has reduced cow numbers by 12%, cut N fertiliser applications by around 150 kg N/ha, and sharply limited N leaching by around 40% and GHG by 19%, but is still making the same amount of money.

Graham says a key element of the farm’s successful change is the use of tetraploid ryegrass, which has now been sown in all but one paddock, because it remains palatable at higher covers, so pre-grazing cover is 300kg DM/ha higher.

“This doesn’t sound much, but it means more photosynthesis, so the farm is growing over 1.1 t DM/ha/year more - with just this one change!

“This is a shining example of how our farm systems can be refined to balance both profitablity and sustainability in the future.”

4front’s cool season growth has the extra advantage of utilising soil N at the riskiest time of the year for N leaching, he adds.

Straight 4front pastures won’t suit all systems, but farmers can still benefit from the new cultivar by mixing it with Maxsyn ryegrass for a tetraploid-diploid combination.

“On many farms this has now become the norm, striking a near-ideal balance between pasture palatability and robustness, growing more ME/ha and being easier to manage than straight diploid perennial ryegrass.”

4front suits both dairy and red meat finishing systems; is legume friendly and can be sown with Captain CS plantain to further reduce the risk of N leaching. 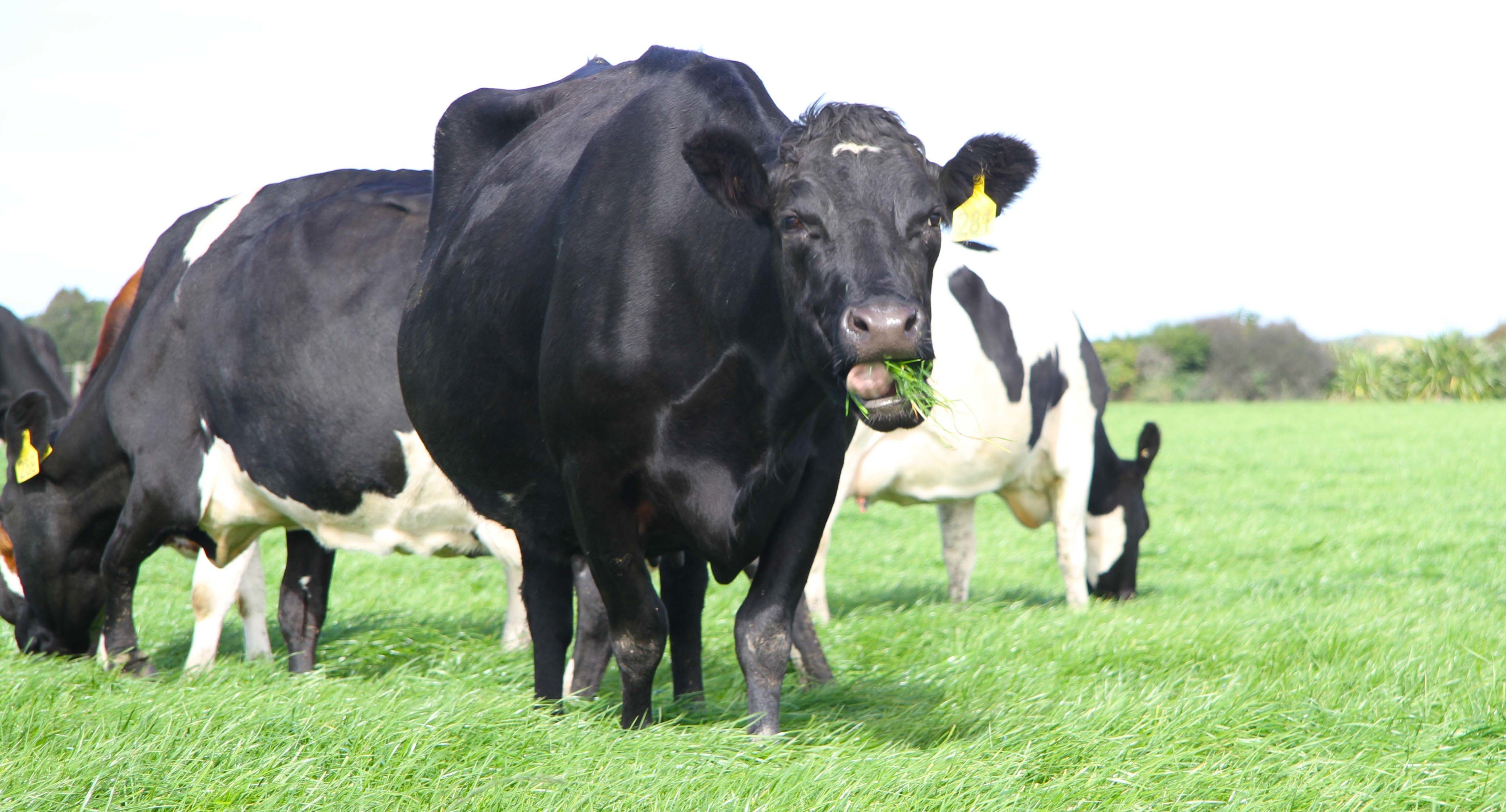