Seedling brassicas can be attacked by DO, which covers a range of fungi that cause plant death and gaps in establishing crops. Causal pathogens are Pythium and Fusarium spp. in the North Island, and Rhizoctonia solani in the South Island. Early infections are known as damping off, while later are known as wire stem. AGRICOTE Brassica provides early control of DO.

Young plants wilt and die from lesions at and below soil level. Infections of R. solani at later growth stages result in young plants turning purple and surviving only by the vascular strands (or wire stem), eventually dying.

Infection is common in second year brassica crops where gaps in establishment occur. 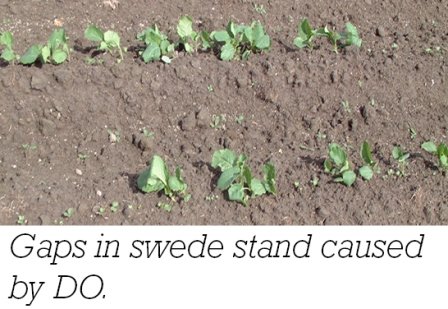 All the fungi are soil-borne and spores can build up over successive susceptible crops in the same ground. Wet, cold conditions are conducive to infection, when host seedling growth may be restricted.

Seed treatment with fungicides, such as AGRICOTE Brassica, provides early control of damping off. Long rotations between brassica crops will also reduce losses. 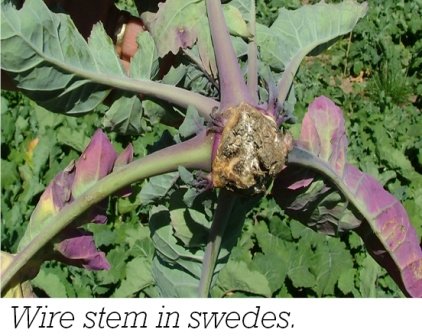